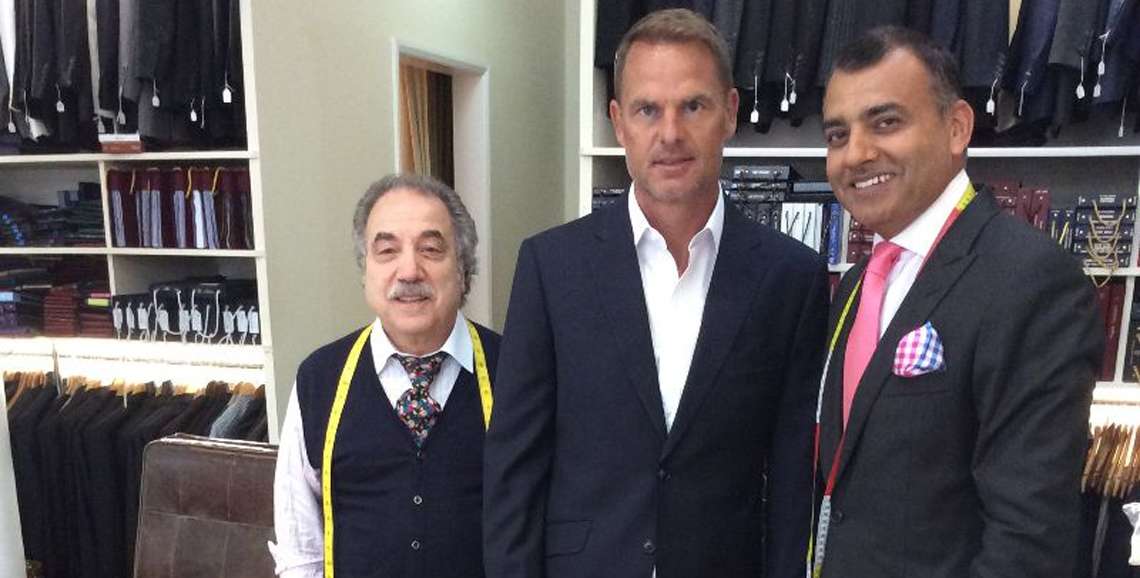 On Friday, I was very lucky to chat to the new manager of Crystal Palace, Frank De Boer. Frank had a glittering footballing career at Ajax, topped with winning the UEFA Champions League and receiving 112 caps for the Netherlands national team. He went on to win four consecutive Eredivisie titles as a club manager. He was a leader and a winner on the pitch, and he is now a leader and a winner off the pitch, too.

Frank was charming, engaging and a pleasure to talk to. In that small meeting, he told me how he was relishing the Crystal Palace challenge. But Frank is quite different to me. I am the current generation, running my company right now, responsible for a heritage and a tradition that were formed in 1889 – a tradition that is in every perfect Apsley stitch. Frank, on the other hand, grew up in football. It has been his life. He is new to the Premier League and to Crystal Palace and must now learn about a new team, a new country and new competitors. His commitment to success is phenomenal and his work rate inspiring.

I don’t have the challenge of a new company, a new job or a new team. But I should be inspired by a man who is willing to take on all those challenges and believes he can create a plan that will bring CPFC the success that Frank has created in his career to date.

If you take away the football, what would be the lessons for a leader, whether days or decades into the job?

The season has started and, for Frank, the start was hard. But you don’t win like Frank without losing, learning and remaining focused on success. The future for Frank and Crystal Palace is still very, very bright. However, we can all learn and continue to learn to be better leaders. Regardless of the daily result, it is the end of the year that matters.

Be the first one to write comment on this blog using below form.

We would like to place cookies on your computer to help us make this web site better. By clicking onto another page on this web site you agree that cookies will be used. If you wish to change your settings please refer to our Cookie Laws.